Web Information
Home Business Women May Be Given The Right To Fight And Kill Alongside Their... 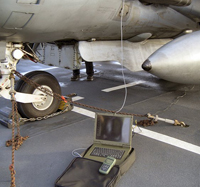 Women have played a long and important role throughout the history of the British Armed Forces. However, a new era is on the horizon as Defence Secretary Philip Hammond recently signalled that female soldiers will be sent into direct combat zones to fight, and if necessary kill, for the United Kingdom. Plans are in place for the UK to follow the routes shown by the USA and other western countries, which have opened up roles in their infantry and armoured corps to female recruits.

It is anticipated that the number of women who choose to fight on the front line will only be a small percentage. Women who volunteer for the roles will also have to pass the men’s stringent fitness tests such as being able to carry 63 kilograms of weight in combat zone areas. However, the reform of the current law will send a powerful message to the country that all areas of the military are open towards female staff.

There are many women who already serve on the front line in crucial support roles such as military intelligence, medicine, and dog handlers. However, they are not currently allowed to be in situations which require close combat and killing of enemy forces. In this area of the world Britain is somewhat lagging behind. The USA, Canada, Australia, France, Germany, Norway, Denmark, the Netherland and Israel put no such restrictions on their female personnel.

European Union law dictates the UK government has to hold a review into current guidelines by 2018. It will not be necessary for the forces to wait so long though as the Defence Secretary is determined to move along to a faster schedule. Talking at a press gallery launch in the House of Commons, Mr Hammond said:

“The image of the military is still a macho image – the last bastion of male chauvinism. The reality is very different. I am looking for a way forward that signals the Army’s openness to all who can meet the standards required. We won’t compromise on the fitness that we require for people to be able to keep themselves safe and to do their job effectively. That will obviously mean that some roles will have limited numbers of women.”

The announcement was immediately back by the current shadow defence secretary Vernon Croaker of Labour who said:

“Labour called for the ban on women serving in combat roles to be looked at, with a view to ending it. Today’s announcement is a step towards that.”

It remains to be seen when the ban will be lifted, and what measures will be put in place to ensure a smooth transition. However, if women are to be serving on the front combat line they will be entitled to receive the same high quality equipment and protection as their male counterparts. The world is a dangerous place and there are some women who will be waiting eagerly to play their frontline part in making it a safer place.

About the Author – Sarah Makinson writes about military matters for a number of different clients. She uses sites such as www.griduk.com to find out about military technologies.