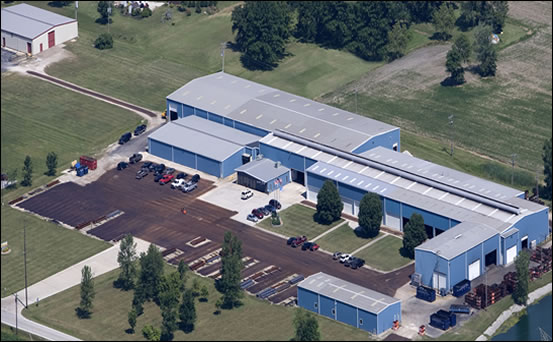 The first thing most people think of when they hear the term ‘shackle’ is of prisoners sat in black and white striped uniforms chained to the wall or a heavy ball. In industry, however, shackles are used as connecting links in rigging and chains, allowing separate sections to be fitted together quickly and securely. They provide a versatile but strong way of connecting chains and rigging that would otherwise be incompatible.

The basic form of a shackle is a metal U shape, which is secured with a pin or bolt across its opening. Often the pin is designed to be quick release, in order to maximise the ease of use.

Shackles are manufactured in one of two ways – either by forging or by casting  by companies such as Brooks Forgings, a UK forgings company based in the West Midlands. Cast shackles are formed by filling a premade mould with molten metal and then allowing it to set hard. Shackles manufactured using this  process are prone to breaking as air bubbles can form during the cooling stages and as such, cast shackles are not typically used in heavy duty applications. Forging, on the other hand, are manufactured by deforming plates of metal with industrial hammers into the necessary shape. This method creates a shackle with of uniform cross section and much greater tensile strength.

Typical shackle materials include steel, either stainless or galvanised, and titanium. As you might imagine, the type and location of the shackle’s implementation will define which material is best used. Titanium, for example, has a higher tensile strength than most steel and is also resistant to see water. As a result it is often the material of choice for shackles used in the marine industry. On the other hand, titanium is more expensive than steel as well as being more brittle. As such, steel alloys are often favoured over titanium in many lifting and non-lifting rated shackles. In addition, stainless steel is particularly popular in architectural and decorative applications whilst it is not usually recommended for lifting applications.

Before we take a look at the different type of shackle, it is important to understand what characteristics you should look for when investing in your own. The most important is the working load limit, usually expresses in tons, which should be stamped on to the shackle. If it is absent, check with the manufacturer for a reliable breaking load. If both are absent, the shackle may be unsafe for operation. You should also ensure the shackle you procure are designed specifically for the job you have to complete. Lifting jobs, for example, should only be carried out using shackles rated for lifting.

The anchor shackle is the most common shackle across all industrial applications. They are forged, usually from steel, and are ideal for applications where there are multi-directional loads. Naturally, the thickness of the shackle dictates its working load limit.

Bow shackles, whilst similar, are larger variations that are also used in situations where loads may be applied in multiple directions. The loop is more rounded, making more of an ‘O’ shape than the anchor shackle. This means it is better suited to withstanding multi-directional loads although this comes at the expense of overall strength.

The pin shackle, often referred to as a clevis, is a popular shackle in rigging. Whilst they can be inconvenient, the bolt and cotter pin design allows the bolt to rotate, unlike the anchor and bow designs.

D shackles, as the name suggests, are forged into the shape of a D. This gives them high tensile strength in 2 directions, although limits their effectiveness in applications where there are multi-directional loads. A primary example of a D shackle application would be in lifting – as long as the shackle was manufactured of galvanised steel.

Finally, twist shackles are great for connecting pulley system components together. Their design is such that they appear as a twisted D shackle, meaning they are suitable for applications where you wish to rotate a gear with only one connector.

To summarise, shackles are widely used across industries in lifting, marine and decorative applications. These U shaped connectors are built to be strong, versatile and often attractive. They are typically forged although some decorative shackles are cast. Common materials include various steel alloys and the more expensive titanium.

Contact your local manufacturer for more information or to receive a quotation for your first batch of shackles.