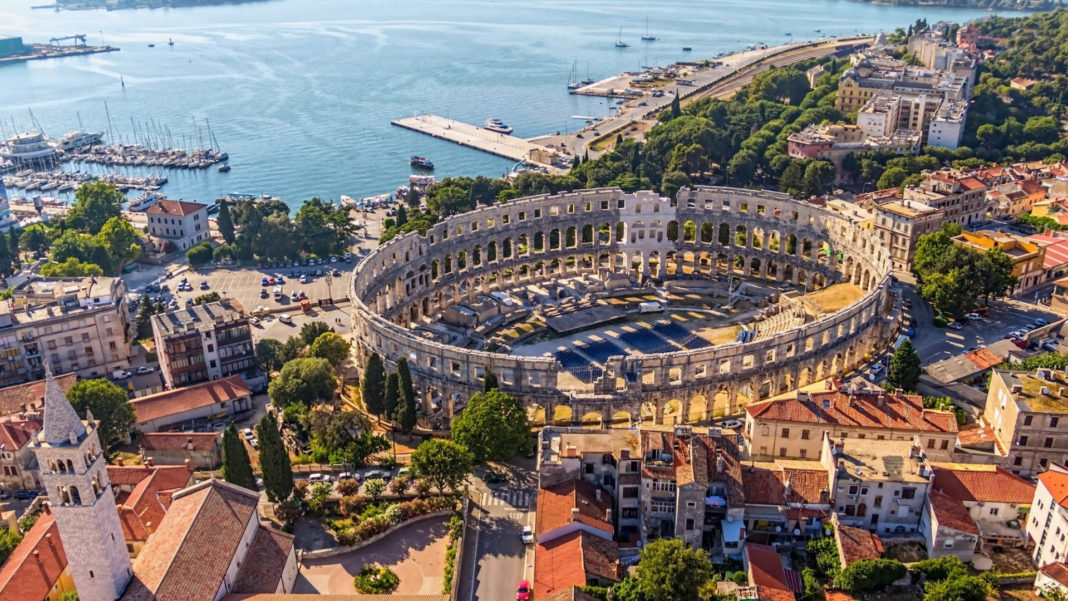 Split is vibrant and big (it’s Croatia’s 2nd biggest town) although it remains among the Adriatic’s most bustling port towns spectacularly situated between hills and sea. As the financial and cultural heart of the Dalmatian coastline Split is dynamic with islanders who flock into the town to work even as ferryboats whisk travellers out to the nearby islands of Hvar, Brac or Solta. Split-Rentals.co.uk offer a wide range of accommodation with something to suit everyone’s budget, from cheap apartments to luxury hotels and villas with pool.

The Cellars of Diocletian’s Palace

The Cellars of Diocletian’s Palace were used as a supporting construction for the upper part of the Palace, in which the Emperor’s chambers were located. Since they weren’t preserved, the Cellars are used for the reconstruction of the layout of the upper floor, as it is assumed that the two floors had practically the exact same layout.

While life ‘on the surface’ was in the Antiquity and the Medieval was very dynamic, the Cellars were gradually abandoned. This became particularly visible in the Middle Ages, when the Emperor’s halls were ruined for the construction of the streets and different buildings, and the ruins and even the sewer drainage was deposited in the Cellars.

In the middle of the 19th century, Vicko Andric started the initiative to clean up the rooms, and the idea wasn’t fully accepted until a century later. To this day, the Cellars are almost completely unburied and furnished and represent a remarkable and attractive location for exhibitions, fairs, music performances and other.

They are considered to be the best preserved antique complex of this kind in the whole World, so you should definitely take a couple of minutes to visit them. Cardo (the street that connects northern and southern entrance to the Palace) partially passes through the Cellars, but if you turn from this crowded path, you can find a quiet place and notice some interesting details you would otherwise probably miss.

It is located on the beginning/end of Marmon Street, on Gaje Bulat Square. It is a very nice space, which is surrounded by the ruins of bastions by the theater, the Church of Our Lady of Health and Jelaska house, recognizable for its yellow facade.

Croatian National Theater in Split has an opera, drama and ballet ensemble and is among most active theaters in Croatia. Along its ‘regular’ program, it organizes two major festivals – Split Summer Festival and Marulic Days. The first is held from around mid-July to mid-August, while you can enjoy in Marulic Days in the end of April.